For over 15 years Othervertical, Inc. and it’s team members have helped national and local companies, organizations, and individuals get the professional look they needed in different mediums. Whether it’s print, T.V. or the Internet, we can help you get the visual content you need.

A collaboration with another company that facilitated the still and posed photography for North Western’s Kellogg School of Management’s graduation. Othervertical was hired to coordinate several videographers to capture video and edit the  footage into a highlight video of the of graduation day.

Long time client Lakeview Dermatology, part of the Illinois Dermatology Institute needed a bio/about video to introduce a new doctor to their practice. They wanted the piece to included his personality along with highlighting his expertise. With backgrounds in journalism and marketing we were able to craft the perfect interview and document him in action, while making the video fun and engaging.

The Episcopal Diocese of Chicago asked us to capture and produce a video over the course of a year highlighting the diversity of their congregations and the opening over their new Diocesan Center.

The “Grace & Gladness Campaign” video was unveiled to about a thousand people at their annual convention, and was front and center on the Diocese’s home page, as well as the Bishop’s Youtube channel.

The main purpose of the video was to be upbeat about the accomplishments they had achieved and to focus on giving back to the diocese for the upcoming year.

The video is made up almost exclusively of live candid moments captured in still & motion photography, mixed with live music, narration and pre-recorded  licensed music.

Othervertical produced this video from the “One word” concept to finished product for Reach for the Stars, a 501 c3 that raises money to support everything from extra curricular activities, to technology at Mark Sheridan Academy in Chicago. Primarily an interview style video shot on site over multiple days, combining still photography from past events photographed for the charity.

An informational video, with a documentary style used by the church of St. Paul & The Redeemer, in tandem with a grant application to expand an urban garden and food mission. The video was a requirement for the application and the church was awarded the grant.

The marketing department at The Illinois Institute of Technology in Chicago, decided to use their acronym “IIT” in a clever way.

Othervertical helped get the images they needed to layout this ad campaign. Featured on buses, subways, and billboards around the Chicago area. These images also went along with bios for each individual featured. 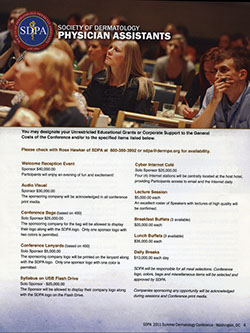